This type of abnormal moose antlers growth is referred to as a "peruke head" or abnormal. Most times this type of growth is caused by castration or male where one or both of his testicles have not descended (cryptorchids). 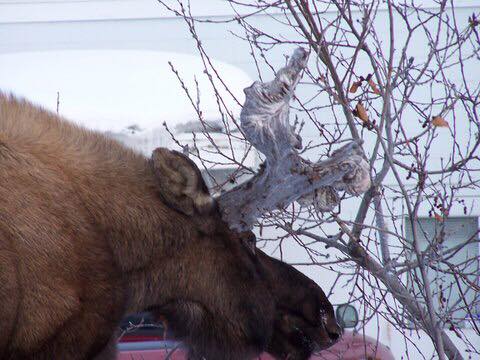 Bulls that have been castrated can grow bizarre antlers, with the resulting lack of testosterone having a tremendous effect on antlerogenesis. 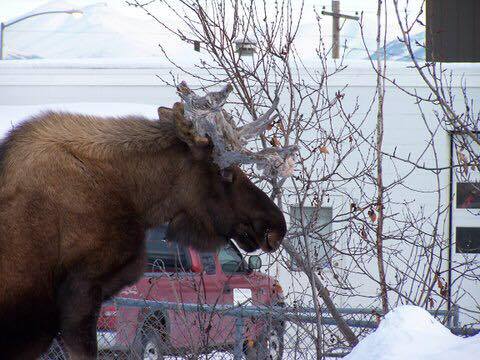 The velveted antler, because they are velveted will continually grow (perennial) and can be broken off and regenerate lost parts. They can however freeze and fall off, only to start the cycle over again in the spring at the base of the portion that was retained. Reported in 1 to 2 moose per hunting season in Alaska. (Alaska Gov't Statistics) 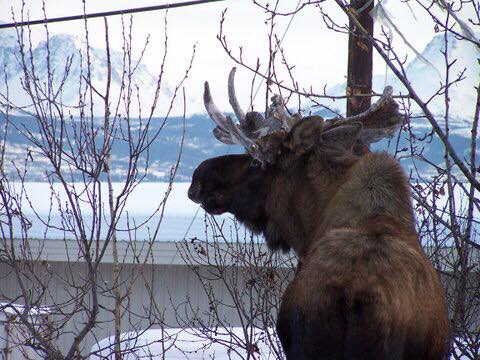 If a bull moose is accidentally castrated within the period when his antlers no longer have velvet (the hard antler period) he will shed his antlers within a two week period. A new and uncontrolled growing period will begin where he will grow a new set of antlers but they will be abnormal due to the hormone change in his body. 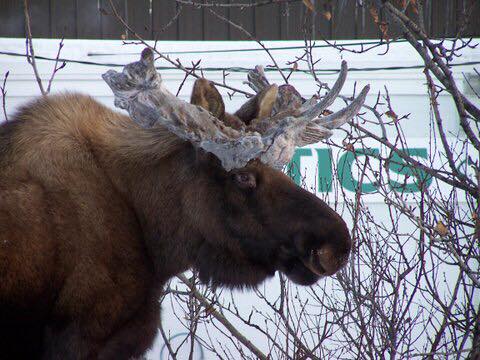 A Story about Abnormal Moose Antlers

There is a story of a Cree Indian who shot a peruke head moose in 1909 and left it in the woods as he wanted no part of it. The local Indians called it weetogo (or devil in Cree) and were terrified of it. They would not go near or touch them. The antlers had normal colour but were coral in structure and weighed an amazing 18 pounds for having a spread of only forty-one inches.
The Cree who shot the moose was killed by a train about a year later and this of course just added fuel to the legend as to the evilness of these moose.